It was a great year at the 10th Fantastic Fest. There was a great line up of movies; I decided to pick the top 10 films I found the most memorable. I put them in no particular order, this are the films I highly recommend to you to go watch as soon as there are available.

One of the biggest surprises at the festival for me, the debut feature of director Juanfer Andres. The movie is produced by director Alex De Iglesias (THE DAY OF THE BEAST, THE LAST CIRCUS).  Madrid, Spain 1950  a woman named Maite suffers from Agoraphobia and cannot leave her apartment or she would suffer a massive panic attack. She lives there with her younger sister; whom she is very protective. One day an injured man appears in her door asking for help, she falls in love with him in a really fanatical manner and she kidnaps him.

The movie is combination of Misery and whatever happened to Baby Jane? The whole movie is shot in one location; so it makes it feel like a play. Maite is play by Spanish actress Macarena Gomez who is the number one reason to watch the movie. She give a five star performance, even with all the terrible things the character commits, you still stay on her side. I can’t wait to see more movies from this director.

Gangs of Tokyo fight a crime syndicate over the control of the streets. In a hip hop opera; It features a lot fighting and rap battles.

The new film from Sion Sono, One of the most prolific fantastic fest filmmakers, he presents a great experimental film; it’s the first ever hip hop musical. It’s a modern day mash up of Street of Fire and the Warriors. The movie is completely over the top and lots of fun. I was clapping and bobbing my head while watching it. Most of the dialogue of the movie is rap along. This is also the reason it might not be for everyone, as the hip hop tunes do not stop in this movie. 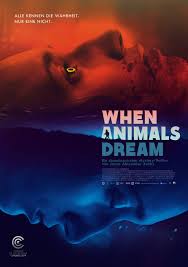 I love this film, the more I think abou it.  It’s a Danish film about a teenage girl that starts to notice she is changing, not just going thru puberty; she is growing fangs and claws. The people in her community know she is changing and start to treat her like an outcast. I was surprised this was not a horror movie at all. It’s more like a small tale taking place somewhere in the X-men universe. You feel that this girl will one day is going to get contacted by Professor Xavier. This is a beautiful shot film with a really thrilling story. You get to see this girl go from frightening about her power to be openly proud about them. 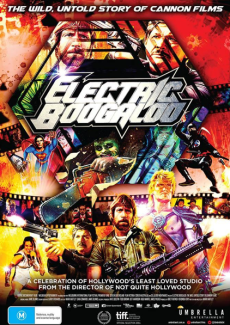 Once upon a time there was a studio that made the action movies that were synonymous in the 80s. If you had TBS in the 80s and 90s you probably got to see their movies. This is the new documentary from the director of the documentaries NOT QUITE HOLLYWOOD and MACHETE MAIDENS. It’s done in the same fun style  in which the things happening behind the cameras are even more incredible than the movies which they made.  It tells the story of Menahem Golam and Golan Globus, Israeli cousins that ran CANNON FILM GROUP, an independent film studio, thru most of the 70’s and 80’s. They were one of the few movie executives that seemed to have a passion for cinema, but at the same time lacked the patience to make quality films. If they made a good film it was almost made by accident.

I got everything I expected, a celebration Cannon film, but I was surprised that it was also a cautionary tale about how not to run an independent film studio. It features crazy studio stories, such as the studio head having a conversation with an Orangutan or having security guards around their studio arm with Uzis. It’s one of the most fun documentaries I saw at the festival. 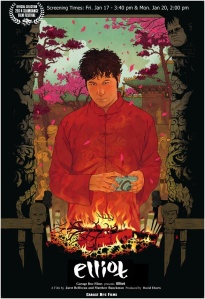 The most shocking documentary I seen this year; It begins as a very funny documentary and then it takes a really unexpected dark turn in the last 20 minutes. I was expecting to be amused, but not to be hit in the gut by this film.

Elliot is delusional man who wants to become the biggest Canadian action movie star of all time. He says that he was a former Canadian Karate champion. You can tell right away that he is embellishing a lot of things. Elliot is so out of this world character you will be questioning whether this documentary is real or fiction? I wouldn’t blame you for thinking that, as Elliot feels like a character that Will Ferrell would have played in a SNL sketch. 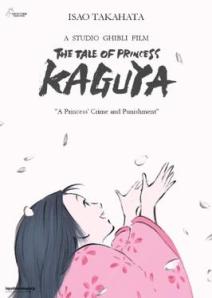 The first film from Director Isao Takahata (grave of the fireflies, my neighbors The Yamada) in 14 years and he did not disappoint. An adaptation of a popular Japanese fairy tale, the movie is drawn in this beautiful style which reminds me of medieval Japanese paintings.

The movie is about a couple that makes a living as Bamboo farmers and they find a magical baby they find in the forest and they raise her as their own daughter. This is a movie which will make you cry, so make sure you bring some tissue. 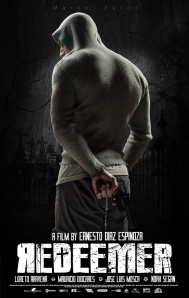 The story is of a former assassin that is paying penitence for a crime he committed in the past and now helps people in need by kicking their problems away. Marko Zaror changes his usual fighting style in this movie by incorporating MMA style moves into his repertoire. The movie features a supernatural feel in the bane of high plains drifter; it keeps you guessing if something supernatural is occurring. The movie also features one of the best villains in any Espinoza movie “El Alacran”. He really puts the fear of god in you.

This movie should be called shot in the face; as it happens a lot in this movie.The best action movie Keanu Reeves has been since the matrix. It doesn’t reinvent the wheel, but it shoots in the face repeatedly. Keanu is John Wyck a retired assassin that is brought back into the killing game by some jerks that kill his dog. You would not find a more satisfying action movie this year.

One of the best closing night films at Fantastic Fest since THERE WILL BE BLOOD. I think Jake Gyllenhaal will win best actor for his performance in this movie. He is a really creepy character in this movie and will do anything to achieve his dream. He even looks like a demon in this movie in certain shots. It has great conversations which get your attention. If you like a movie were you can’t help but like the bad guy, this is movie you should watch. 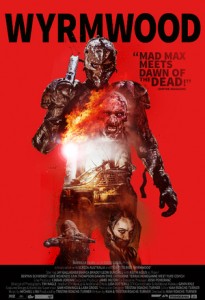 Most the zombie movies I seen lately have been a disappointment. Well I am glad this one was an exception. An Australian zombie movie about a group of survivors that are trying to survive the zombie apocalypse and government agents that are trying to kill them, it features a lot of things I haven’t seen zombie’s movie before like mad max style murder cars which run on zombie power and there is also zombie mind control. I can’t go too much into detail as there are a lot of surprises in this movie.